As some of you may know, I am moving to LA this month! I am SO excited because it means that a new and exciting chapter of my life is about to begin.  Something that really excites me about moving into a new place is getting to decorate!  I have already bought a white dresser as well as some white drawers that I will probably use to store makeup and accessories.
I went shopping for bedding over the weekend and found two that I am having a very hard time deciding between.  I first went to Kohl’s, but didn’t find anything.  We then ventured into Bed Bath & Beyond where I found something I was NOT expecting–Kate Spade bedding!!!  If you know me, you know I LOVE Kate Spade.  I ended up buying this adorable striped duvet cover and sham that has navy, white, pink & orange stripes.  I think it looks very classy as well as classic–a little more grown up. 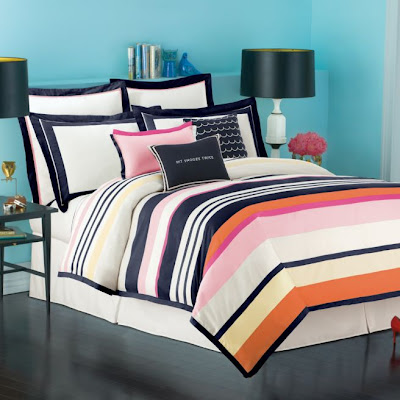 After buying the adorable Kate Spade bedding, we went to Target to get an affordable duvet comforter.  While browsing through the decor section of Target, I ended up finding another comforter that I loved.  It also has navy in it, but it also has one of my favorite colors–neon pink–as well as a kelly green.  I kind of fell in love with all of the college decor that Target has right now because of all the neon pink accents. 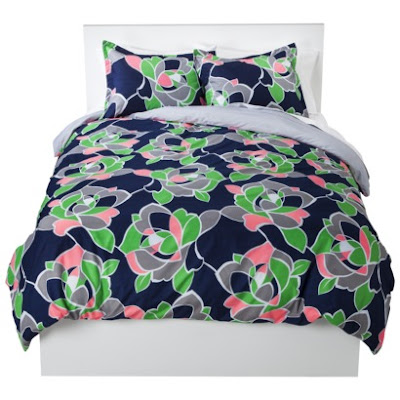 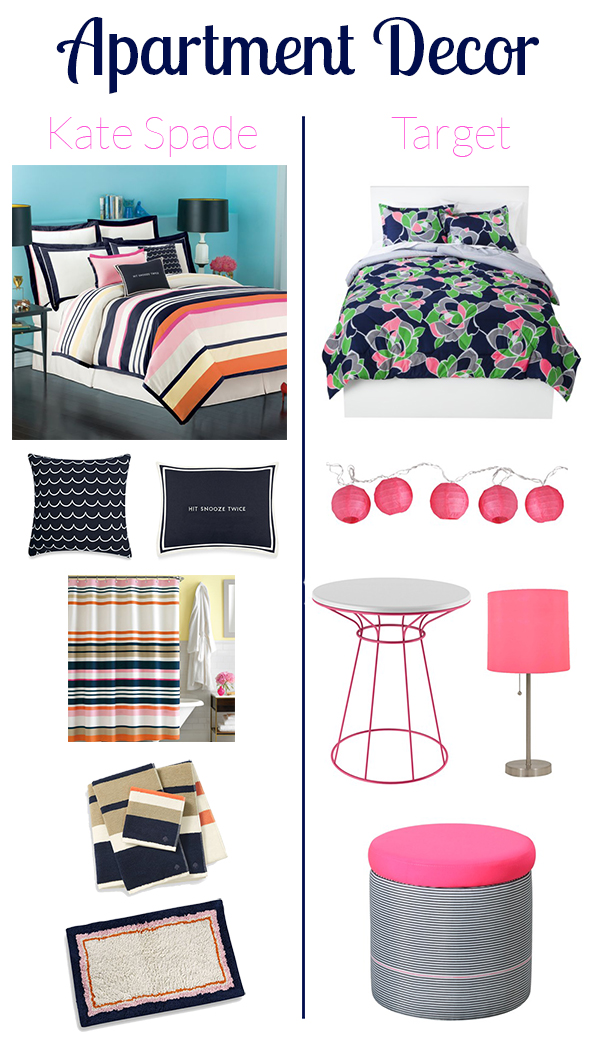 Kate Spade: Duvet Cover | Sham | Scalloped Pillow | Snooze Pillow | Shower Curtain | Towels | Bath Rug
Target: Comforter | Lanterns | Side Table | Lamp | Ottoman
Kate Spade
Pros:
Cons:
Target
Pros:
Cons:
So, which one do you think I should go with? PLEASE leave your response in the comments! I would really appreciate it!