Fashion at the SAG Awards 2011 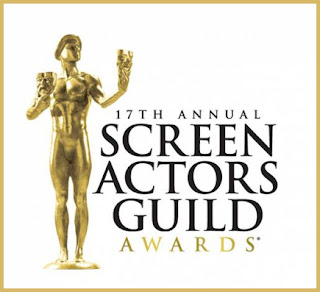 This past , stars walked the red carpet for the annual Screen Actors’ Guild Awards. The attending actresses wore all types of dresses, ranging from elegant, sexy, and youthful. Some of these dresses were poorly coordinated or simply not in style, while others were eye-catching and stunning. The celebrities who walked the Red Carpet at this event were decked with Chanel, Cavalli, Versace, Oscar de la Renta, Louis Vuitton, Marc Jacobs, along with many more designers. However, wearing these expensive name brands does not make even the most famous group of celebrities immune from fashion critiques.

There were several stars that were poorly dressed on the Red Carpet of the SAG Awards. Jane Lynch wore a princess looking ball gown that looked too youthful for her. Dianna Agron arrived in a sparkly ankle-length Chanel Haute Couture dress that looked like it came out of the early 2000’s. Next was Melissa Leo in Randi Rahm. This dress was not good because the tightness and material did not flatter her tummy, making her look like she has a baby bump. Winona Ryder arrived in Alberta Ferretti, looking like she was ready to walk down the aisle. This was not a good look for the red carpet. 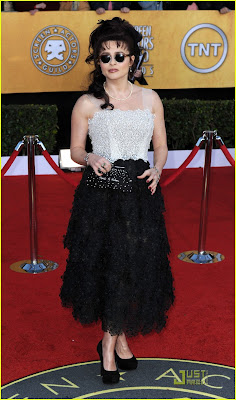 The ultimate Worst Dressed title goes to Helena Bonham Carter in a surprisingly, Marc Jacobs lace cocktail frock. The dress itself is not that bad, but the way she is styled, was not fashionable at all. Some other worst dressed celebrities were: Tova Traesnaes, Barbara Hershey, Jenna Fischer in Fendi, Amber Riley in Anne Barge, January Jones in Carolina Herrera, Christina Hendricks in L’Wren Scott, and Kate Mara in Herve Leger.

There were some stars that were so-so, such as Natalie Portman, who showed off her baby bump wearing a white Azzaro gown. Other stars include: Nicole Kidman, wearing Nina Ricci, Jennifer Lawrence in Oscar de la Renta, Hailee Steinfield in Prada, Kim Kardashian in Marchesa, Julia Bowen in Valentino, Jayma Mays in Jenny Packham, Jane Krakowski in Badgley Mischka, and Claire Danes in Louis Vuitton.

There were many ladies that were dressed in red eye-catching dresses. The first was Julianna Margulies, looking elegant in an Yves Saint Laurent sweetheart dress. The second was Edie Falco in a Carolina Herrera dress that in my opinion looked like a Christmas tablecloth. Sorry, Edie. Third was Tina Fey in a lace Oscar de la Renta dress. She looked so sexy, but at the same time elegant, showing off her womanly figure. Good job, Tina. Next, was Nancy Carell in Canali. This dress was very plain; 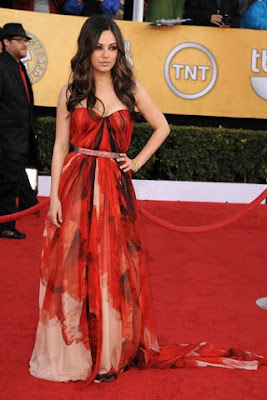 not sexy, not elegant, just plain. Christine Baranski wore a gorgeous red cutout dress, giving her just the right amount of sexiness for her age. Katrina Bowden looked stunning in a strapless dress with a brooch fastening the draping down the front. Vallerie Bertinelli wore a somewhat abstract dress that had a structured layer jutting out from her side. Although it was different, this was a bad call. I would rather have seen it on the un-pregnant Natalie Portman or someone else with a figure close to hers. Last, but DEFINITELY not least, was Mina Kunis. She wore a flowy Alexander McQueen watercolor dress, which she looked absolutely spectacular in. I give her the ultimate Best Dressed title for the SAG Awards 2011. 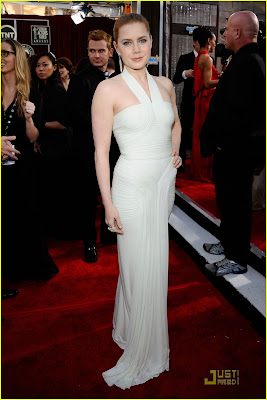 Overall, there were some gorgeous looks on the red carpet of the SAG Awards 2011.