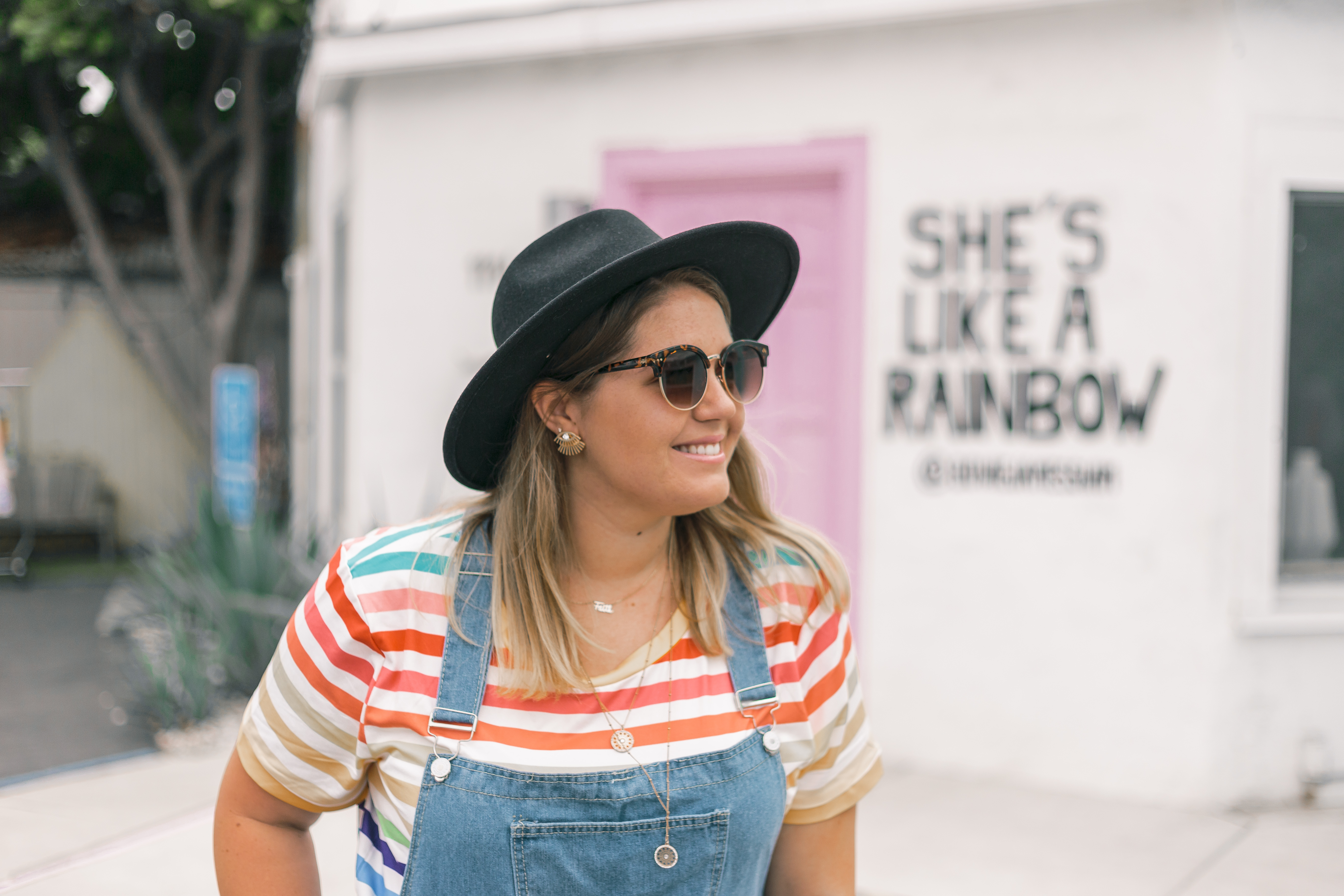 Hi friends! A while back I mentioned that I would write a post about some things that I’ve been going through and what I’ve been learning. I’ve kind of been putting it off because I know this will probably be a long post, and there’s a lot to it. So, here it goes…

If you don’t already know, I’ve struggled with depression for about 10 years now and have been on medication since then. I also started taking medication for anxiety a few years ago, which I think definitely has been helpful. Although medication has been a HUGE help and stabilizes me more, there have still been times where I’ve found myself in a dark place with my thoughts and emotions.

From about August last year up until just a few months ago, it wasn’t good and I was pretty depressed, lonely, and angry at God and other people. It got to a point where I wasn’t at all pleasant to be around. One of my best friends and I had a really tough conversation and after months of her suggesting I try out counseling or therapy, I finally listened and signed up for peer counseling at Mariners Church.

And if I’m being honest, it was one of the best decisions I’ve ever made! It’s a 10 session program where you’re paired up with someone who’s been trained (they’re not a licensed therapist) and just talk about things you’re going through with them. I was super vulnerable right off the bat because I was desperate & miserable and needed help.

In the first couple weeks, the lady that I was meeting with shared her thoughts on emotions & vulnerability and I knew we would get along great because I totally agreed with everything she said. We both believe that vulnerability is an amazing thing that can bring so much freedom, whether it’s just with yourself & God, or in a friendship/relationship.

She also shared a couple other things that I thought were super interesting.

One was a thinking process that you can train your brain to use. I think because of my depression, I had a “black filter” on and saw the negative side of things, or even made up a false reality. For example, there were a few times that I had texted my group of friends inviting them to do something, but everyone either didn’t respond, or said they couldn’t go. Instead of just shrugging it off and seeing the situtation for what it really was (that they just couldn’t hang out), I took it personally and thought they didn’t want to be around me/I’m annoying/they don’t like me and I should leave the friend group. This way of thinking brought a lot of hurt and anger and bad thoughts. But with this thinking process that she showed me, you take your thought that you had, find the actual circumstance (which is something that you’re not able to change), figure out the actual meaning of that situation, decide what result you want, and figure out the action step you need to take (I may have butchered that but it’s something along those lines… haha). It’s pretty hard to implement this thinking process, and from my experience, when you’re in one of those dark places, it’s impossible to see the situation for what it really is. But I noticed as time went on, I was able to change my thinking and not make up those false realities.

Second, she kept telling me to not be afraid of my emotions. God gave us all of our emotions for a reason, so we shouldn’t try and cover them up, hide the tears, or act happy when you’re actually mad. It’s healthy to be sad when you’re grieving, or angry when someone wronged you. Just don’t stay in those feelings for too long–give them to God.

Another thing she taught me is if you have a “bad” thought, don’t beat yourself up about thinking that thought. It’s just a thought and has no control over you. Notice it, and then just disregard it. Another thing she taught me about thoughts: When you have a thought or feeling, look inside your body and find where you’re feeling that. Does it have a shape, size, color? How does it make you feel? At first I thought this was kind of weird, but one day I really tried it and something kind of cool happened…

I was telling her about how I was feeling hurt and kind of angry at a friend, and she asked me to close my eyes, and see where in my body I was feeling that and if it had a shape/color/size. I told her that I felt a small burning red ball in my chest, and it was making it hard to breathe. I cried as I told her that, but didn’t think much of it, until a couple weeks later in Big Bear.

I went to Big Bear the weekend after 4th of July with my friend Kim, who has gained so much wisdom and is super “in tune” with The Holy Spirit. Literally within the first couple hours of the trip, I was telling her about how life has been tough, about counseling, and about the small red ball. She asked if she could pray for me, and as she was praying and my eyes were closed, I saw that small red ball burst, and become a heart that was uncontrollably exploding. It was as if that small red ball was my heart, and was closed off from loving others, and even myself. But once it burst, God’s love was able to flow through me, and then out to others! When this happened, I saw it as a “vision” of something that would happen in the future and didn’t really “feel” any different right then.

But as the weeks went on, I noticed a huge different in my emotions and my attitude, and I believe that in that moment, God did heal my heart. I have been so much more joyful and have just been in this place of overwhelming gratitude and thankfulness.

For so long, I’ve longed for the day that God would heal me from depression and anxiety, and guys… I think that day has come! Yeah, I’ve had some bad days since (like 2 nights ago when I cried about moving), but I think He may have actually cured me from my “clinical depression”… WHAT?!

Anyways, sorry for such a long post, but I really wanted to share this with you guys! If you struggle with depression, I would HIGHLY encourage you to find a good counseling program or therapist that has the same beliefs and morals as you because that makes a huge difference.

And feel free to DM me on Instagram or email me if you have any thoughts or questions.

Show Me Your Mumu Wrap Dress